Notes from the 1st Annual Brewcation

First off, beer fans, I was not able to brew both of my recipes. Only the Bulldog Brown Ale (Hobgoblin clone) was made on Thursday morning.

Here are some pics from the first runnings. 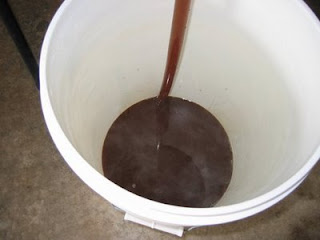 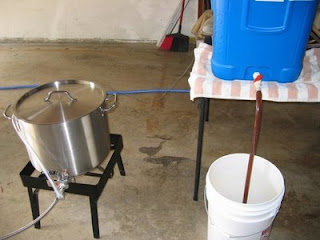 Here is a pic shot by Willie of me working the ice bath chiller. 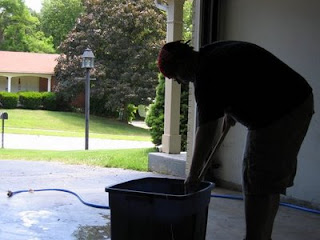 The gravity was dead on to the recipe, but that means my efficiency was only around 70%. Not as high as I would like, but acceptable. The whole process took about 5 hours and 15 minutes.
I pitched with the Platinum strain of White Labs Premium Bitter. I checked after about 18 hours and the bubbles were less than a second apart.
The only other beer related activities, other than drinking my brother-in-law's Sam Adams was de-labeling bottles in a OxyClean bath. 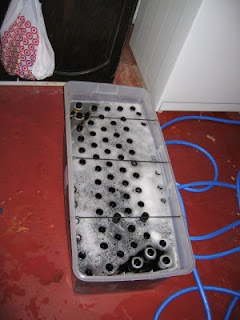 I have another brew day coming up July 24th, so maybe I can get the Snakebite in this month anyway.
Posted by Mockwerks at 9:27 AM