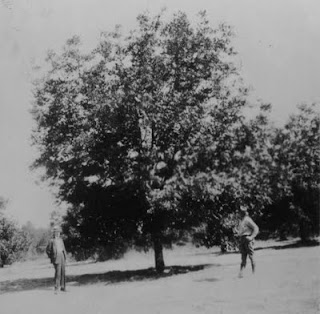 I had to wait a couple days before I could post on this if that gives you any indication of how it went.
...
I packed all of my stuff up in the Wunderauto and was off to the O'Fallon brewery by 8:30 AM. I showed up and nobody else was around. No problem. My pick of brewing spots. I walked inside to meet Brian Owens, who happens to be the Head Brewer for O'Fallon. What an great guy! He's a hard working man. He basically helped me all day, but I'll get to that.
We milled my grain using O'Fallon's mill. It made short work of the 23.5 lbs. He pulled water straight from his hot liquor tank for us to use. It was a little warm for the mash in, but it worked fine. After lots of stirring and some cold water, according to the same thermometer I use every time, I was in a 154. The mash wasn't even that thick, which surprised all of us. More people were gathering now and it was starting to be fun. I was explaining the process to a couple people and I was in my element.
The first minor issue. I pulled the first runnings without a problem. I sparged in with more of the hot water...without checking the temp. Bad idea. My sparge was sitting at 150. Blek! I need the hotter water to make sure all the sugars get into solution. Think of it like dumping sugar into warm tea. It takes a lot of stirring to get the sugar to dissolve.
The second and major issue. I hadn't brought any cooling method. Honestly, my thinking was that there was going to be at least ten brewers there and surely I could use someone's immersion chiller. Nope. There were four brewers including me and it wasn't looking promising. Brian to the rescue. He pulled out a plate chiller and pump. So cool! I've never seen one in action, much less use one for my brew.
The time came to chill. Brian engineered some fittings using my tubing (bad idea) to connect to the chiller. My tubing always does fine to pull off the cooled wort, but it was a total failure at pulling near boiling liquid. Between the temp and the pump, it collapsed after just a minute of so and dropped the flow rate to a trickle.
That was acceptable for a while...until I clogged the plate chiller. It could have been that fact that I let it suck on one of the hop bags for a while or maybe that I didn't use a hop bag at all for the first addition. Whatever it was...it was a lost cause. Once again, Brian helped and tried to get it back pressured to flush it, but it was done.
I still had a fair amount in the kettle. Steaming hot and nowhere to go. Jim Leabig (the unofficial organizer for the day) had pity on me, boiled his chiller and let me use it. By this point, my wort had sat for a while. I was warned, rightfully so, that if there's any infection after the first ferment, that I wouldn't make it to the barrel. So be it. I pulled out the rest, which wasn't much. That left my 6.5 gallon carboy with a lot of headspace after leaving a little in the kettle and losing some to the ground during the transfer through the chill plate.
Final tested gravity was 22 Brix, which is 1.088 or so.
The lessons learned:
1. Bring your own chilling method.
2. Make sure all the tubing that can be used on the hot side is able to take the heat.
3. Test your water temp for all processes. (This isn't usually an issue since I'm typically heating my own mash and sparge water.)
Posted by Mockwerks at 8:37 AM 0 comments 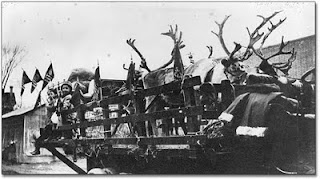 This is going to be brewed on Teach a Friend to Homebrew Day at O'Fallon's brewery. It's part of a bourbon barrel project hosted by the Garage Brewers' Society. The bourbon barrel is from the Four Roses distillery.